What flowers are appropriate for wedding anniversary?

While you've surely heard that silver is the sign for 25 years of marriage and gold is the symbol for 50 years, did you also know that almost all anniversaries are indeed commemorated with their own flower? 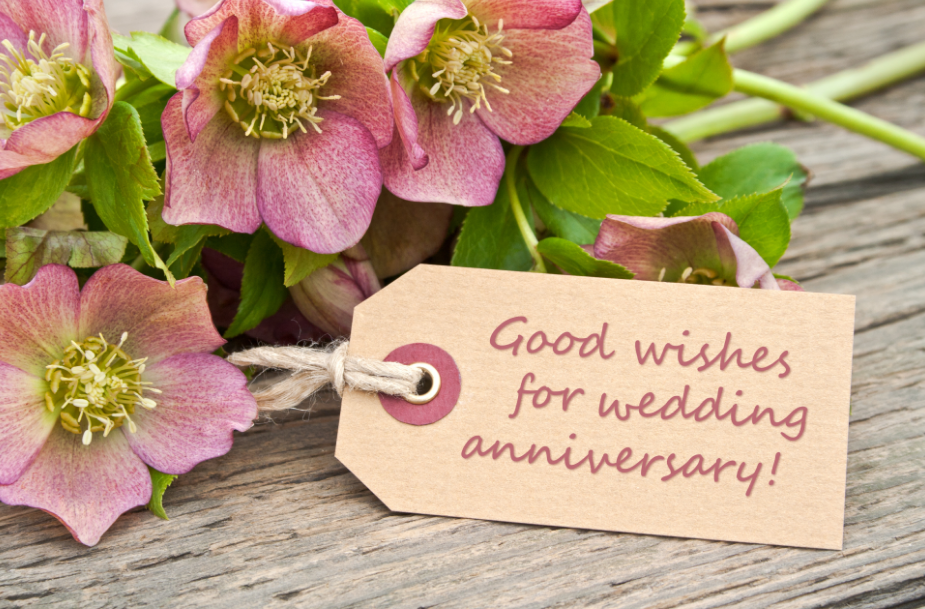 If you're about to celebrate an anniversary, honour your blossoming romance with the flower that corresponds to it.

Carnations are the customary flower for a couple's first wedding anniversary, often known as the paper anniversary. These flowers have traditionally been linked with adolescent, passionate love. The carnation embodies the passion, tenderness, and optimism of love like no other anniversary flower.

Beautiful cosmos flowers represent the transition from simple love to a more nuanced one, which most couples go through during their second year of the wedding. This blossom is one-of-a-kind and intense, representing a strong love.

Daisy may appear to be a basic flower at first glance, yet their shape and texture are highly unique and interesting. After five years of marriage, a couple's lives may begin to appear normal or dull, yet, like a daisy, there's plenty of surprises to be discovered. The daisy is often associated with fidelity and "lasting love."

A single daffodil is lovely on its own, but when grouped together like a bouquet, it may look spectacular! As a result, flowers are the traditional present for tenth wedding anniversaries. First year of marriage is nice, but after ten years, you would have had many lovely memories together!

The word "aster" comes from the Greek word meaning star. The aster flower is great for 20th wedding anniversaries since it is thought to highlight all the bright moments, or stars, during a couple's marriage journey.

The iris is a flower that has long been connected with monarchy. By giving these flowers to your spouse as a silver wedding anniversary gift, you're letting them know that even after a quarter-century of marriage, you still regard them as royalty.

Lilies are a very popular flower. They're popular because of the lovely distinct tints of the flower, their various meanings, and the variety of colours and patterns. The lily, in essence, is full of surprises. The lily is a bold choice for 30th wedding anniversaries because it represents that the happy couple still has a sense of adventure and passion.

The gladiolus is a unique flower since it is dazzling and can liven up any space with its beauty and charm. This is why it is the ideal flower for your 40th ruby anniversary: at this point, the marriage has developed its own grace and charms.

So, now that you know the flower for each anniversary, make sure you're adequately prepared for your important day! And besides, it only happens yearly, so make each one more memorable than the last! Buckhead Florist Inc., an Alanta florist, offers a variety of wedding anniversary flowers. Choose this wedding florist Atlanta for all of your flower delivery Atlanta GA needs and enjoy the floral gift!

Choose the Right Flowers for Each Season

Choosing the Perfect Birthday Bouquets for Every Age

How to Choose the Perfect Birth Flower?

How to celebrate friendship with your best friend?